The Future of Biotech in San Antonio 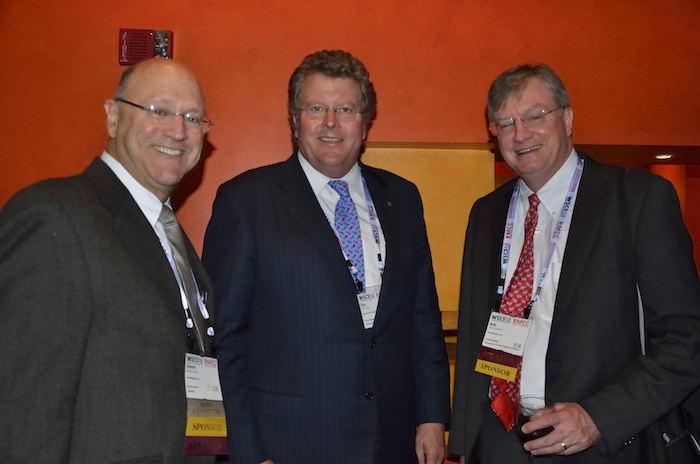 The World Stem Cell Summit, which took place in San Antonio in December 2014, was a turning point for the city.

Presenting San Antonio as a complete package to investors as well as scientists is key to building a vibrant biotech ecosystem, and the same dynamic is at play in attracting tech startups. The 2014 summit, a three-day event, did just that, attracting about 1,200 participants from around the world.

“During that summit, the City and people like Ann Stevens (president of BioMedSA) did a great job communicating what we have here, with the military healthcare system and over 150,000 people in health care working here” said StemBioSys CEO Bob Hutchens. “People now are starting to understand why biotech is growing here.”

The confluence of the military life science community with San Antonio’s other biotech resources provides vital sources of cross-fertilization for biotech, and not just for the scientific collaboration benefits. Having multiple centers of excellence in life science – academia, military, and private sector – makes a city more attractive for biotech startup talent.

Because of the valuable exposure that the 2014 World Stem Cell Summit provided San Antonio, bioscience industry leaders are now working to convince the Genetics Policy Institute to return the summit to San Antonio, possibly as soon as 2018.

If successful, it would be an invaluable opportunity for San Antonio’s growing biotech ecosystem – especially regenerative medicine researchers – to make a lasting impression on the global scientific community.

“The bioscience innovation ecosystem evolved into what we have here now,” Stevens told theRivard Report. “While promising, it’s not adequate. There’s still a lot of work left to do.”

The City’s proactive stance in fostering biotech industry growth has contributed to laying the foundation of a biotech ecosystem.

“The City supported us every step of the way,” Hutchens said. “When we built our manufacturing site, there were some technical issues and the City helped us address these issues so it could be set up. It’s a practical way to help grow the (biotech) business here.”

While the City and County are doing what they can to provide incentives, they cannot do it alone.

“We provide incentives through SAEDC, using those funds to build a critical mass,” City Manager Sheryl Sculley said. “We’ve got to get San Antonio on the map working with our partners. We can’t do it alone, so partnerships are key. I think the future is extremely bright for San Antonio and the bioscience community.”

“Our (investment) model is to attract and fund high quality companies, and act as a feeder fund to help these companies attract additional funding from other sources,” said Dr. Paul Castella, Targeted Technology venture fund co-founder.

What the city needs now is more venture capital and biomedical incubators to help launch biotech startup companies and increased incentives to attract established companies to relocate to San Antonio.

At the same City Council meeting, University of Texas at San Antonio (UTSA) Dean of Sciences George Perry discussed the university’s planned accelerator and innovation center, which will advance areas of academic focus, including the biomedical field. Back in 2010, UTSA opened its New Venture Incubator(NVI), a laboratory and office space which allows biotech startups to work with companies commercializing UTSA intellectual property. At the moment, it houses only one or two companies.

Although UTSA has other entrepreneurship programs such as The Center for Innovation, Technology and Entrepreneurship (CITE) in place, there’s plenty of room for more innovation.

Targeted Technology also is working to create a biotech accelerator and incubator in San Antonio.

“To maximize the utility of having an incubator, it would need to be a mixed-use incubator, so it would not just support biohealth, or not just IT, but all disciplines,” Castella said. “I would like to see it open to the public – so not (necessarily) run by a university – yet it should heavily engage with the university community so professors and students (for example, CITE at UTSA) who want to start up companies can access the incubator as part of their education.

“I would say look at the example of the Innovation Depot, a mixed-use incubator in Alabama,” Castella continued. “It doesn’t draw heavily on resources from local government and it helps all types of investors. The problem with a narrow type incubator is it would lack cross-pollination from working within a broader environment. We are a city promoting itself as a ‘medical city,’ with a new convention center to attract people here for various conventions. The City could try to get the maximum benefit from an integrated incubator by attracting high-quality medical conventions so medical professionals would associate San Antonio with medical ideas. Then we should attract the Toyota equivalent of a medical and research development manufacturing facility here.”

The need for more venture capital, more incubators for collaborative innovation, and more bioscience facilities to keep up with the pace of the city’s biotech growth continues to manifest itself.

“I would think about leveraging these three aspects (to grow the biotech ecosystem in San Antonio),” Castella said. “It will help bring in anchoring businesses that will pull upon those resources, and help spread the word that Texas is a great place to do business.”

IT TAKES A STATE TO INVEST IN BIOTECH

Last week, one of InCube Labs‘ companies, Fe3 Medical, received a $3.5 million investment from the State of Texas. State investment in biotech is a good sign, said Dr. Cindy WalkerPeach, director of the bio and health sciences program in the Austin Technology Incubator.

“There are four critical elements to a successful biotech cluster – you have to have the right idea, you need the talent to execute it, you need the wet lab facilities to bring that idea to fruition, and then you need the cash to fund the years of effort it takes to get to the finish line,” she explained. “As a state, Texas is losing bioscience startups to Boston and San Francisco because they have all those elements available.”

So, while San Antonio works to build upon its bioscience successes, it will take more resources than the City may have. The news of State investment in InCube’s Fe3 Medical is encouraging.

“San Antonio has done a great job of keeping life science companies embedded there,” WalkerPeach said. “We need to raise awareness of Texas overall as a center of life science innovation to help everyone, including San Antonio. There aren’t enough wet lab spaces or capital for what’s needed to grow biotech. For example, Austin has no wet lab spaces – none. Scientists here have to go to Georgetown or San Marcos.

“It’s going to take a combination of resources to keep growing life sciences – from (San Antonio’s) City Council, from the State of Texas, from academia, and from the private sector,” WalkerPeach added.

Spreading awareness of the entrepreneurial bioscience community that’s growing in San Antonio is a good start.

“I think the landscape will slowly improve in the coming decades,” InCube’s CEO Mir Imran said. “You have to measure success in decades rather than in single digit years.

“Apparently, what we do is not for the faint of heart.”