LADL is the new technology for controlling DNA folding 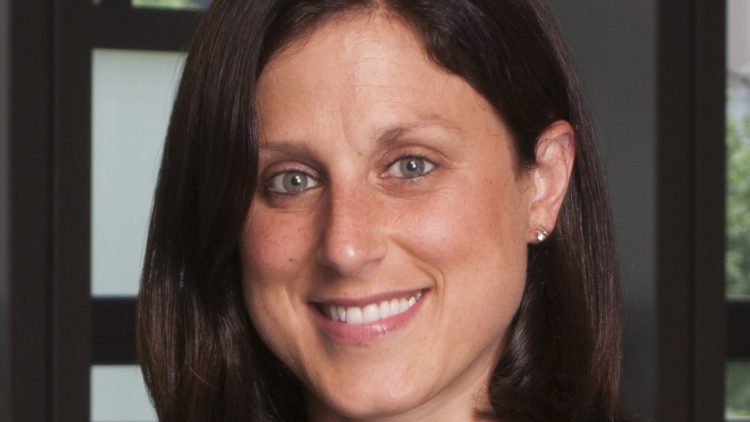 The Context: To fit inside the nucleus of our cells, our DNA crumples up, forming loops and making itself compact. When certain sequences of looped DNA interact with others, it impacts the way our genes are expressed, which can play a role in disease.

The Study: A new technology called light-activated dynamic looping or ‘LADL’ allows researchers to temporarily manipulate genome folding, opening the door for more in-depth study of how the 3D genome contributes to disease and potentially serving a therapeutic itself. This technique was pioneered by NYSCF – Robertson Stem Cell Investigator and University of Pennsylvania Assistant Professor Dr. Jennifer Philips-Cremins and is outlined in Nature Methods.

The Importance: Being able to control genome folding will allow scientists to study how different 3D orientations impact disease and potentially even treat folding errors that cause it.

Each one of our cells contains a copy of the 6 billion DNA ‘letters’ that make up our genomes: 2 meters of DNA folded up to fit into a nucleus roughly the same width as a single strand of hair. The way our DNA folds matters—segments located close to each other will begin to interact, and this can influence the way genes are expressed, and in some cases, can factor into disease.

A recent study in Nature Methods by NYSCF – Robertson Neuroscience Investigator and University of Pennsylvania Assistant Professor Jennifer Philips-Cremins, PhD, introduces a new technology called light-activated dynamic looping or ‘LADL’ that allows researchers to temporarily manipulate genome folding, opening the door for more in-depth study of how the 3D genome contributes to disease and potentially serving a therapeutic itself.

What We Know About the 3D Genome

According to Dr. Philips-Cremins, we have gotten pretty good at visualizing the patterns in which our DNA folds up, but there’s still work to be done in understanding how these different patterns impact our health. Her team has implicated altered DNA folding patterns in a neurodevelopmental disorder, for example, thanks to recently developed methods.

“In recent years, scientists in our fields have overcome technical and experimental challenges in order to create ultra-high-resolution maps of how the DNA folds into intricate 3D patterns within the nucleus,” explains Dr. Philips-Cremins in an article from Penn Engineering. “Although we are now capable of visualizing the topological structures, such as loops, there is a critical gap in knowledge in how genome structure configurations contribute to genome function.”

If scientists can control the way the genome folds, they can then study how different 3D orientations lead to disease and potentially even treat disease-causing defects. LADL makes this possible by leveraging the power of two other revolutionary technologies: CRISPR and optogenetics.

CRISPR, the groundbreaking gene editing technology pioneered by NYSCF – Robertson Investigator Dr. Feng Zhang, allows researchers to locate and modify stretches of DNA within the genome. The ‘locate’ function is the important one for LADL, which uses a modified version CRISPR to find the ends of a genome fold.

Optogenetics then helps join the two ends to create a new fold. A tool developed by a team that included Dr. Zhang as well as NYSCF – Robertson Neuroscience Investigator Alumnus Dr. Ed Boyden, optogenetics lets scientists control the activity of brain cells by exposing them to light. In LADL, optogenetics is used to target two proteins which bind together in the presence of blue light. Turn on the light, and the proteins snap together like a magnet. Turn the light off, and they fall apart, returning the DNA to normal.

Tests of LADL in mouse cells showed that the tool was able to perform as intended, temporarily making new loops which in turn impacted gene expression.

The Importance of Timing

“There are tens of thousands of DNA loops formed in a cell,” says Ji Hun Kim, PhD, the study’s first author. “Some are formed slowly, but many are fast, occurring within the span of a second. If we want to study those faster looping mechanisms, we need tools that can act on a comparable time scales.”

LADL begins working within milliseconds to create loops, helping researchers study fast-acting loops at long ranges. This will be important for studying diseases as well as potentially using LADL as a therapeutic.

“It is critical to understand the genome structure-function relationship on short timescales because the spatiotemporal regulation of gene expression is essential to faithful human development and because the mis-expression of genes often goes wrong in human disease,” says Dr. Phillips-Cremins. “The engineering of genome topology with light opens up new possibilities to understanding the cause-and-effect of this relationship. Moreover, we anticipate that, over the long term, the use of light will allow us to target specific human tissues and even to control looping in specific neuron subtypes in the brain.”