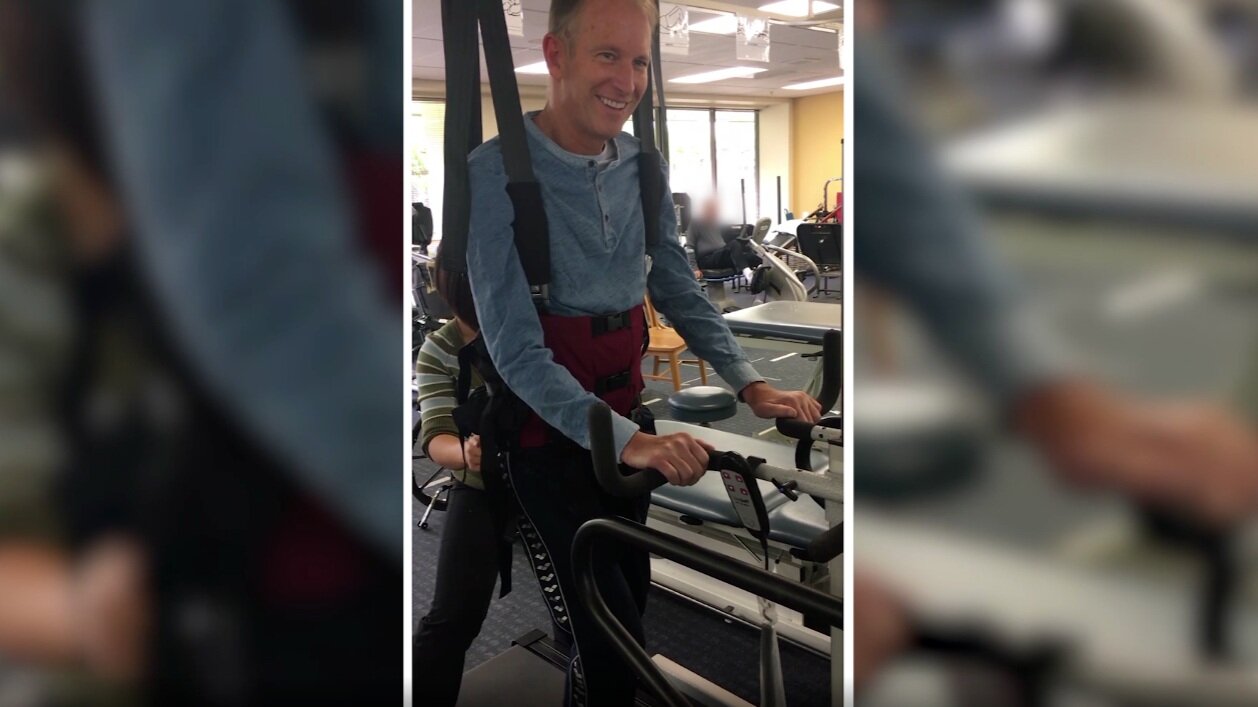 “The prognosis was — was bad,” Barr said in a recent interview with ABC’s Good Morning America. “And bad meaning, you know, probably a 95 to 97 percent chance that I’ll have nothing below my neck.”

With the odds stacked against him, Barr had lost all hope — at one point even contemplating the idea of ending his own life, according to GMA.

But with the support of his wife, Debbie, he decided to continue on with physical therapy and attempt to defy his initial prognosis.

And it was a good thing he did.

After months of showing limited progress in rehab and physical therapy, Barr received the phone call that would ultimately change his life.

The call was from Dr. Mohamad Bydon, a neurosurgeon at the Mayo Clinic in Rochester. Bydon informed Barr of a new clinical trial being conducted to treat patients with paralysis from spinal cord injuries.

Barr was quick to sign up. As he tells it, he had nothing to lose.

“I mean, this is exactly why I stuck around was to do something,” Barr told GMA. “I feel blessed to have the opportunity to participate in this. You know, whatever happened I was, ‘Yeah, let’s do this.’”

Read the Entire Article at MedCityBeat.com