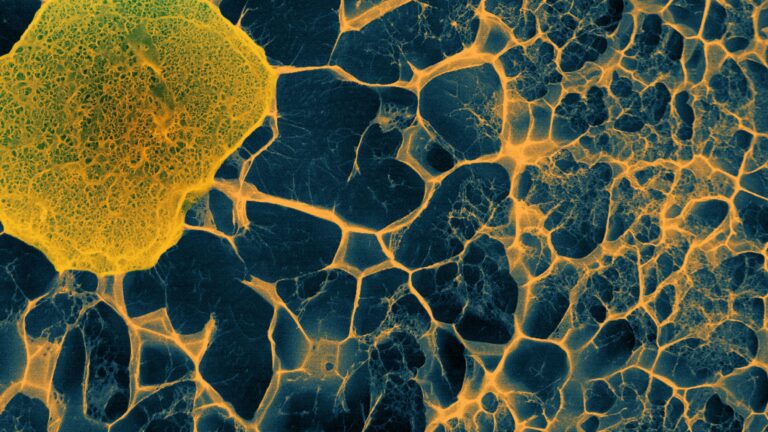 By David A. Pearce February 6, 2020 – StatNews.com Link to Full Article

Most of these treatments are unproven and unsupported by evidence, wasting precious time and health care dollars for desperate patients and often doing more harm than good to patients’ health and survival.

Yet public demand for stem cell treatments is outpacing our ability to regulate them. Government agencies like the Food and Drug Administration and the Federal Trade Commission should be stepping up to the plate to do this, but it isn’t likely that the money will be found soon to do that. It’s going to take a larger effort that includes legislators and medical associations who are already empowered to move against these clinics.

We are at a tipping point in medicine when it comes to using our own bodies to heal ourselves. Regenerative medicine seeks to restore or establish normal function by replacing, engineering, or regenerating human cells, tissues, or organs. Stem cells in the body have the capacity to develop into new tissues like bones and brains, blood and organs.

According to the Alliance for Regenerative Medicine, there were two stem cell clinics in the United States in 2009. By 2017, that number had grown to more than 700; a study published last year found that the number of clinics with websites had doubled on average every year between 2009 and 2014.

That kind of growth, combined with the expertise required to evaluate these clinics and claims, represents a huge a challenge.

The first step to addressing it is to increase public awareness of what has been proven to work and what has been approved by the FDA.

So far, only a few stem cell treatments have been proven to work, such as bone marrow transplants, and they have been authorized in only a few cases for blood disorders, including certain cancers. Yet hundreds of clinics in the U.S. defiantly offer stem cell products and therapies that have never been approved by the FDA or been proven effective by any responsible laboratory or test.

Many of these clinics mimic legitimate protocols, extracting patients’ own stem cells (these are called autologous stem cell transplants), elaborately concentrating or modifying the cells, then infusing or injecting them back into the individual.

Everything looks official, from the lab coats to doctors’ graduation certificates on the wall. But the payment is in the clinic’s bank and the patient is long gone before it becomes clear that these unproven therapies are at best useless and at worst damaging.

The FDA has begun some of this work, releasing in November of 2017 a “Framework for the Regulation of Regenerative Medicine Products” that promises to increase enforcement against providers offering unapproved interventions. The framework also proposes new policy and oversight standards for stem cell therapies and regenerative medicine that the agency hopes will:

Even if that framework becomes formal regulation— and so far it hasn’t — the FDA’s enforcement power is largely one of public shaming when regulations are ignored. The Justice Department can seek an injunction on behalf of the FDA and a federal court can issue a restraining order.

In the fall of 2019, an exhaustive report by Pew Charitable Trusts reported a broad consensus among experts from the legal, scientific, clinical, bioethics, and advocacy fields endorsing the FDA framework for regulating the field of regenerative medicine, which includes stem cell therapies and other treatments intended to repair or replace damaged, diseased, or dysfunctional cells, tissues, and organs.

But many experts interviewed for the Pew report expressed concern that the FDA lacked both the funding and the staffing necessary to oversee stem cell clinics, which is supposed to ramp up in November 2020.

The 21st Century Cures Act, for example, includes provisions for the FDA to attract more personnel experienced in regenerative medicine, but it didn’t provide additional funding for doing that. Without hiring more FDA experts trained in the stem cell sciences and deploying them effectively, it will be difficult to protect patients from bogus clinics and cures.

We must do more to guard against charlatan clinics and unethical doctors. Not only are they harming the patients they profess to serve, but they are also undermining public support for — and confidence in —tested, reviewed, and approved procedures and therapies that, when successful, may transform or eliminate maladies that plague millions on this planet.

Many legitimate researchers and clinicians are now working to show how approved therapies can be effectively and safely used in humans. A federal district court judge, Ursula Ungaro, gave that good science a win last June by ruling in favor of the FDA in a lawsuit against a Florida-based stem cell company whose treatments have been alleged to cause blindness in several patients. The decision was considered a major victory by the government in its fight to police the industry.

The judge noted that in the procedure before the court — extracting stem cells from fat and then preparing them to be returned to the patient — so much processing is required that the product is legally a “drug,” and therefore falls under the full jurisdiction and regulatory power of the FDA.

The ruling gives the FDA authority to define certain kinds of stem cell products as drug products, which brings them under the umbrella of other FDA rules. If the case isn’t overturned on appeal, the FDA can stop hundreds of clinics from using what amounts to unapproved drugs.

Other federal agencies have taken steps to protect the public in this arena. The Federal Trade Commission, for example, won a $3.31 million judgment last year against a California-based physician and the two companies he controls on charges of deceptively advertising that “amniotic stem cell therapy” can treat serious diseases such as Parkinson’s, autism, macular degeneration, cerebral palsy, multiple sclerosis, and heart attack.

“Clinics must have solid evidence to back up their claims before advertising that stem cell therapy can treat serious medical issues, particularly those affecting children and older adults,” said Andrew Smith, director of the FTC’s Bureau of Consumer Protection, in a statement on the ruling.

Taking responsibility as a medical community

There’s no question that regenerative medicine will yield cures. An estimated 950 developers are conducting more than 1,000 clinical trials worldwide. But as this work continues, we must stop rogue clinics.

That will take a multipronged effort.

The public, along with clinicians and researchers, must be educated about the threat of unregulated stem cell clinics and therapies. We must prompt medical boards to take action and pressure peers in the legitimate, regulated practice of regenerative medicine to be part of the solution by advancing and broadening access to safe and tested treatments. We must not turn a blind eye to stem cell hucksters and we must, as individuals and as a community, demand more effective policies from our legislators and more effective rules and enforcement from our regulators.

The U.S. successfully turned back the nation’s addiction to cigarettes with a forceful coalition of experts and celebrities hammering home the proven dangers to lungs and life. Similar coalitions are now at work trying to turn around the nation’s opioid crisis. It’s time for credible physicians and researchers — perhaps in alliance with recognizable, engaged elected officials and celebrities — to publicly endorse and promote forceful and immediate action against bogus stem cell clinics.