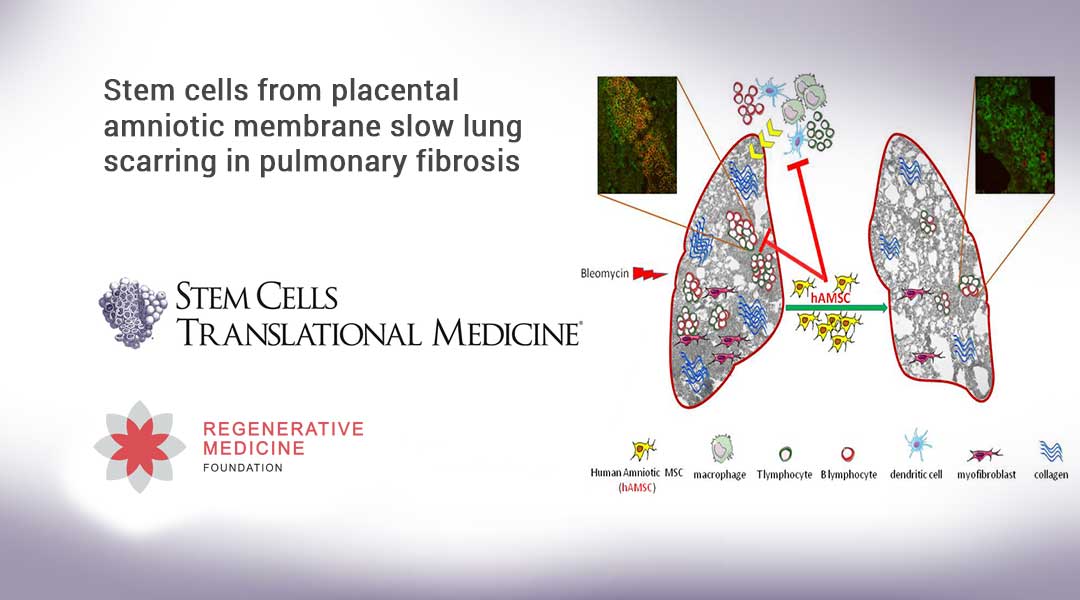 Durham, NC – In a study released today in STEM CELLS Translational Medicine (SCTM), a team led by researchers at the Eugenia Menni Research Centre (CREM) in Brescia, Italy, show for the first time how stem cells collected from human amniotic membrane (one of the two fetal membranes forming the amniotic sac, which surrounds the fetus during pregnancy and is generally discarded after a baby’s birth) can slow the progression of scarring in pulmonary fibrosis. This preclinical study could lead to new treatments for this deadly disease.

Idiopathic pulmonary fibrosis (IPF) is characterized by scarring of the lung tissue. Over time, the scarring (fibrosis) worsens until the lungs cannot take in enough oxygen, affecting the person’s quality of life and eventually leading to death. Worldwide, IPF affects 13 to 20 out of every 100,000 people, according to the National Institutes of Health. While current medications (and in some instances, a lung transplant) can extend a patient’s life beyond the three to five years previously predicted from time of diagnosis until death, there is no cure. 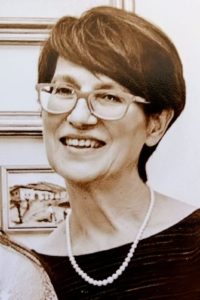 The cause of IPF is unknown, although many medical experts believe that it likely results from a combination of genetic and environmental factors. Growing evidence also suggests a link between inflammation and the development and progression of the lung’s scarring. That information prompted the current study published in SCTM, according to Anna Cargnoni, Ph.D., who led the investigation under the supervision of CREM’s director, Professor Ornella Parolini, Ph.D.

“Mesenchymal stromal cells derived from human amniotic membrane (hAMSCs) display a marked ability to affect the body’s immune system,” she explained. “They have been shown to reduce lung fibrosis in mice, possibly by creating a microenvironment that limits the evolution of chronic inflammation which leads to scarring. However, the ability of hAMSCs to modulate the immune cells – and specifically B cells– involved in pulmonary inflammation has yet to be clearly described. That’s what we sought to do in our study.”

The team conducted their study on mice, beginning by inducing lung scarring with the drug bleomycin, which intra-tracheally instilled produces injury to the alveoli (the tiny air sacs in the lungs) and a consequent lung fibrosis. They then injected one group of animals with freshly isolated hAMSCs and another group with hAMSCs expanded in vitro, to address the important question of how in vitro expansion affects the hAMSCs’ therapeutic capabilities. A third group of animals, the control group, was treated with the saline solution used to inject hAMSCs but without the cells.

In order to explore whether treatment with hAMSCs may affect the immune cells that bleomycin-induced injury recruit into the lungs, the immune cells were collected at four, seven, nine and 14 days after treatment, from the alveolar spaces of the animals of treated and control groups. The animals’ immune cells were identified and quantified by a technique called flow cytometry. Lung tissues were also collected at the same times and analyzed for gene expression of markers associated with different immune cell types.

“We found that both the freshly collected and the expanded hAMSCs were able to control the recruitment, retention and maturation of B cells in the diseased lungs. This is important because in IPF patients, B cells form pulmonary aggregates with T cells, and continuously activate T cells creating a self-maintaining inflammatory condition.

“By modulating the B cells, the hAMSCs were able to break this loop and, thus, help blunt the progression of lung inflammation and, consequently, scarring, too,” Dr. Cargnoni explained. “We believe these key insights into the therapeutic potential of hAMSCs provide further evidence for the potential clinical use of hAMSCs in treating IPF and other inflammation-related fibrotic diseases.”

“This pre-clinical study demonstrates that stem cells derived from the amniotic fluid have the ability to hamper inflammation and slow scarring in lung tissue.” said Anthony Atala, M.D., Editor-in-Chief of STEM CELLS Translational Medicine and director of the Wake Forest Institute for Regenerative Medicine. “These cells could eventually be used for new treatments of a deadly lung disease for which there is still no known cause or cure.”