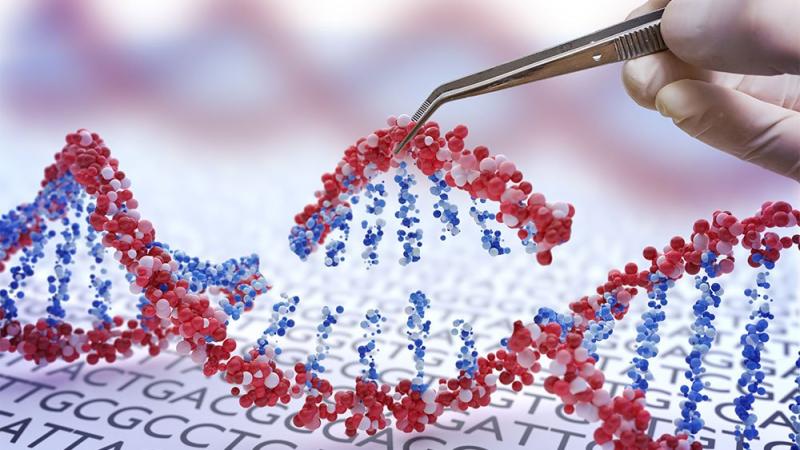 Pfizer (PFE) is entering the CRISPR space through a $1.35 billion deal with Beam Therapeutics (BEAM), the companies announced Monday. But Beam stock fell on the deal.

Now, it has a four-year research partnership with one of the biggest names in medicine, Pfizer. The deal builds on Pfizer’s hard-won expertise in Covid vaccines. The technology that made the vaccine possible is also used in gene- and base-editing, Beam Chief Executive John Evans said in an interview.

“I do see the field as generally at an inflection point,” Evans told Investor’s Business Daily. “And I think we’re really at the beginning innings of seeing what’s possible with gene editing as the technology improves — like base editing — but also as the delivery improves as well.”

Beam stock surged to a record high in July 2021. But shares have since trended slightly down.

Under terms of the deal, Pfizer will pay Beam $300 million upfront. Beam will have a chance to earn up to $1.05 billion in milestone payments. Beam can also opt to co-develop and co-commercialize one of the programs.

The companies declined to publicly identify the specific diseases they’re targeting, other than to say they are in the liver, muscle and central nervous system. Evans says there’s no overlap with Beam’s pipeline. Beam’s most advanced effort is in sickle cell disease. On Nov. 8, the Food and Drug Administration gave Beam the go-ahead of begin human testing in that disease. In response, Beam stock popped nearly 11%.

“Base editing has now been given a safe-to-proceed from the FDA,” Evans said.

But traditional gene editing cuts both strands of DNA’s double helix. Base editing cuts a single strand of DNA. Then, it makes an edit to one of the four letters of the genetic code. Evans says this is more precise and unlikely to cause any unintended side effects.

“We can make finer changes within the context of the gene,” he said.

It’s important to note the first sickle cell disease patient received Crispr Therapeutics’ gene-editing drug two years ago. The patient, a woman, hasn’t experienced any of the so-called off-target effects that worried researchers in the earliest stages of CRISPR development.

Six Candidates In Testing This Year

Evans says 2022 will be an exciting year for Beam stock. By year’s end, the company expects to have six drugs in human and laboratory testing.

That includes two treatments for blood diseases and two cancer drugs. All four involve ex vivo editing. This means the cells are edited outside the body and then infused into patients.

But two will involve cutting edge in vivo edits, meaning genes are edited inside the human body. Those will both be in liver diseases. Liver diseases are ripe for in vivo editing, Evans says. This is because of the way the liver deals with lipid nanoparticles.

In the future, Evans expects new versions of lipid nanoparticles to work in other tissue types. That will be key to targeting other disease areas like muscle and central nervous system disorders — both part of the Pfizer deal.

“What proportion of therapies in 10-15 years are going to be single-shot one-time cures?” he asked. “I think the answer will be a lot more than today. It’s a huge trend in medicine and I’m confident our technologies are going to be a big part of that.”