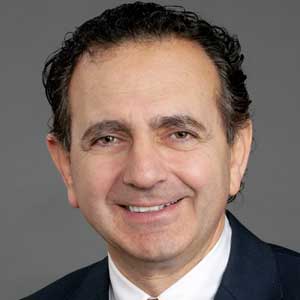 Anthony Atala, MD is a practicing surgeon and a researcher in the area of regenerative medicine. His work focuses on growing human cells, tissues and organs.

Dr. Atala is a recipient of awards, including the US Congress funded Christopher Columbus Foundation Award, bestowed on a living American who is currently working on a discovery that will significantly affect society, the World Technology Award in Health and Medicine, the Samuel D. Gross Prize in Surgical Research, the Innovation Award from the Society of Manufacturing Engineers, the Rocovich Gold Medal, and the Edison Science/Medical Award for work in 3D Bioprinting. In 2011 he was elected to the Institute of Medicine of the National Academy of Sciences, and in 2014 was inducted to the National Academy of Inventors as a Charter Fellow. Dr. Atala’s ongoing work has been described in the lay press. Dr. Atala’s work was listed in 2007 as Time Magazine’s top 10 medical breakthroughs of the year, by Discover Magazine in 2007 as the Number 1 Top Science Story of the Year in the field of medicine, by Smithsonian Magazine in 2010 as one of 40 things to know about the next 40 years, by Time Magazine in 2011 as one of the top 5 medical breakthroughs of the year, by the Huffington post in 2011 as one of 18 great ideas for the future, and by Time Magazine in 2013 as one of 5 discoveries that will change the future of organ transplants. Dr. Atala was named by Scientific American in 2010 as a Medical Treatments Leader of the Year for his contributions to the fields of cell, tissue and organ regeneration, by U.S. News & World Report in 2009 in as one of 14 Pioneers of Medical Progress in the 21st Century, by the American Association of Retired Persons in 2012 as one of the 50 influential people who will make life better, and by Scientific American in 2015 as one of the world’s most influential people in biotechnology.

Dr. Atala has led or served several national professional and government committees, including the National Institutes of Health working group on Cells and Developmental Biology, the Bioengineering Consortium, the National Cancer Institute’s National Cancer Advisory Board, and was the Founder of the Regenerative Medicine Foundation. Dr. Atala heads a team of over 450 physicians and researchers. Over twelve applications of technologies developed in Dr. Atala’s laboratory have been used clinically.

He is the editor of fourteen books, including Principles of Regenerative Medicine, 3D Biofabrication, Essentials of Stem Cell Biology, and Methods of Tissue Engineering. He has published more than 500 journal articles and has applied for or received over 250 national and international patents.