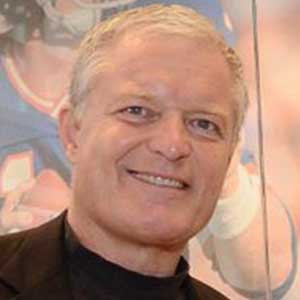 Bart Oates is a three-time Super Bowl champion. Oates played college football at Brigham Young University (BYU), originally entering in 1977 before serving an LDS mission in Las Vegas, Nevada then later joining the Cougars football team. Oates earned a BS in Accounting from the Marriott School of Business there in 1985, and he was inducted into the BYU athletic Hall of Fame in 1992.

Upon graduating from BYU, Oates played three seasons with the Philadelphia/Baltimore Stars in the USFL where he won two USFL championships. Oates played center for the New York Giants from 1985 to 1993 and with the San Francisco 49ers from 1994 to 1995. He was a member of the Giants teams that won Super Bowls XXI and XXV and the 49ers team that won Super Bowl XXIX. Oates was selected to five Pro Bowls during his career and to the United Press International All-NFC team three times.