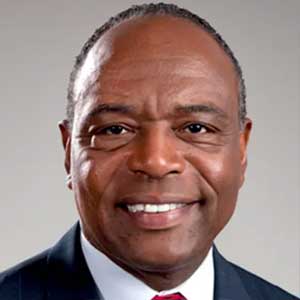 In 2018, Beasley Reece was named the CEO of the NFL Alumni. Reece served as Lead Sports Anchor and Sports Director at CBS 3 Philadelphia from 1998-2015. Throughout his time at CBS 3, Reece was a revered and trusted voice to all Philadelphia sports fans. In addition to anchoring the station’s weekday sportscasts, Reece hosted “Sunday Kickoff,” the station’s pre-game football program as well as “CBS 3 Sports Zone,” the popular Sunday night sports program.

Reece is a five-time Emmy Award winner and has earned 12 Associated Press Awards since he was first seen on the Philadelphia airwaves in July 1998. Prior to his days with CBS, Reece served as an NFL game analyst on NBC from 1991-1997. He showcased his broadcasting versatility serving as a boxing commentator for the Barcelona Summer Olympics in 1992.

During his time on the gridiron, Reece played six seasons for the New York Giants (1977-83), where he served as the team’s defensive captain. In 1983, he continued his outstanding career with the Tampa Bay Buccaneers. The Dallas Cowboys drafted Reece in the 1977 NFL Draft after a stellar college career at the University of North Texas.

Reece has also displayed his vocal stylings at NFL games and Philadelphia 76ers contests where he has sung the National Anthem.