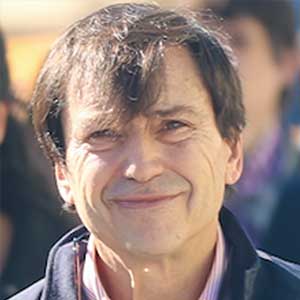 Director of Development at Dynamic Star

Brad Zackson is a leading figure in real estate development, finance and management in New York City. Zackson is known for his creative approach to real estate development and his unique ability to spot opportunities and to anticipate future trends. Early in his career, Zackson was the exclusive broker and manager for Fred Trump of the original Trump Organization, where he managed and supervised over 45,000 residential units in the New York area.

Recently, Zackson was the driving force in the acquisition of three significant property assemblages in Long Island City, New York. The first property, 23-10 Queens Plaza South, is now a 44-story rental tower with 391 units and future commercial development coming. The second property, known as the “Clock Tower Building,” was a masterful assemblage of two adjacent properties, owned by different owners, as well as the expedited purchase of air rights from the MTA to create a 1 million developable sq. ft. site with a 15-year 421a and no affordable component required. Zackson spearheaded the acquisitions, zoning lot merger and other critical “paper” development aspects in order to close this transaction before the original 421a deadline was set to expire.

The third property was an off-market transaction, friendly negotiation from a non-seller. Zackson was able to accommodate the sellers needs by agreeing to a sale leaseback and the seller agreeing to allow the necessary work for Zackson to secure a 421a Tax Abatement under the laws that were extended six months past the deadline. Now with an up-zoning in the area pending, Zackson’s vision has created a significant value increase.