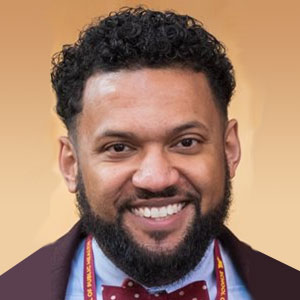 He is a member of the American Academy of Pediatrics Council on Early Childhood and Section on Minority Health, Equity & Inclusion, is one of the Early Childhood Champions for the MN chapter of the AAP, currently serves as the Medical Director of Reach Out and Read Minnesota, is an Adjunct Assistant Professor of Pediatrics at the University of Minnesota Medical School where he is a clinic preceptor and a member of the Medical School’s Admissions Committee, has been appointed to the Governor’s Early Learning Council and helped start the organization Minnesota Doctors for Health Equity (MDHEQ) where he serves as the Vice-President.

His advocacy work with Reach Out and Read MN & MDHEQ has been recognized by Minneapolis St Paul Magazine in their 2018 Top Doctors: Rising Stars edition, by Reach Out and Read National which awarded him the 2018 Medical Champion Achievement Award and the City of Minneapolis Department of Civil Rights which recognized him as a 2019 History Maker at Home recipient. In December, 2020, Dr. Chomilo was named Minnesota’s new Medicaid medical director by the Minnesota Department of Human Services (DHS).