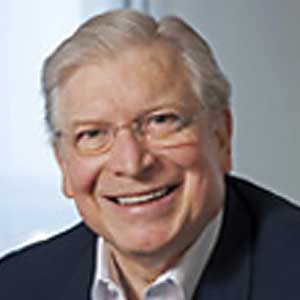 Mr. Rick Blume has been financing companies in healthcare for over three decades. His early investment banking career involved financing and banking relationships with hospitals, payers, physicians, and new biotech companies. The excitement he saw at Genentech, in its early years, led Rick to transition into venture capital in the mid 1980’s  with American Healthcare Funds. Rick co-founded CB Health Ventures in 1998 where he assembled what is now the core of Excel including Steve Gullans, PhD, and Tricia Moriarty.

In each of his five prior venture funds, he followed the same successful strategy: invest broadly in healthcare across various sectors and stages and focus on businesses that lower costs and improve outcomes. By having savvy healthcare providers as limited partners and advisers, Rick has built up an extraordinary network to help with due diligence and market acceptance issues.

In addition to Excel, he has been active in initiating and teaching courses in venture capital and entrepreneurship at both Boston College Carroll School of Management and Simmons College School of Management, and serving on the Boards of the Chicago Biomedical Consortium and the National Regenerative Medicine Foundation.