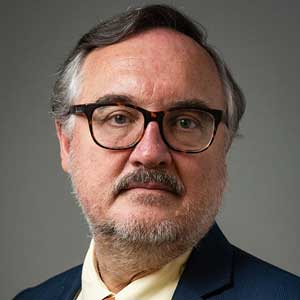 Dr. Tigyi is Professor and Harriett Van Vleet Endowed Chair of the Department of Physiology and Associate Vice Chancellor for Research of the University of Tennessee Health Science Center Memphis and Founder and Chief Scientific Officer of RxBio Inc.  Since 1987, when he discovered lysophosphatidic acid (LPA) as a bioactive serum factor, his research focuses on LPA biology.  His group has identified several members of the growth factor-like lysophospholipid family.  Since the mid-nineties, they have been elucidating the molecular pharmacology of lysophospholipid targets, developed and applied computational chemical methods for drug discovery.  This work yielded several patents and a rationally designed LPA analog designated Rx100 that has been tested in non-human primates and was entered the FDA approval process for the treatment of radiation injury. His group has been studying the mechanisms of radiation injury to the gut since 1997 and has elucidated several signaling pathways involved in the mitigation of radiation injury by protecting intestinal stem cells.  They have shown that LPA analogs protect the genetic integrity of stem cells after radiation exposure allowing the recovery of the tissue and the sparing of life.  Furthermore, they have used computational and high-throughput screening methods to develop several lead compounds, which regulate LPA function not only in normal but in malignant cancer stem-like cells, in which these drug candidates inhibit cancer growth and metastasis in vivo.  Dr. Tigyi is External Member of the Hungarian Academy of Sciences and the European Academy of Arts, Letters and Sciences in Paris. He holds a Honorary Doctor of Science degree from Semmelweis University, Budapest, Distinguished Chair Professor title from National Taiwan University, Taiwan. He serves on the External Advisory Council, Biological Research Center of the Hungarian Academy of Sciences and he is president of the Association of Hungarian American Academicians in the present 2-year term. His hobby is building model airplanes. He will serve as Executive Director of the Tennessee Institute of Regenerative Medicine in the next term. He published over 220 peer reviewed article and his work has been cited over 14,000 times.