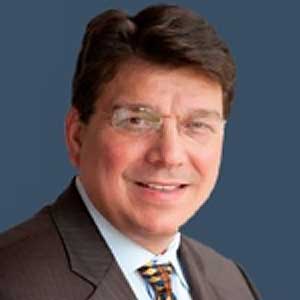 An accomplished clinical researcher, he is one of the first clinician/scientists in the nation to receive an Institutional Review Board approval for a research study involving the use of human regenerative cells for the treatment of osteoarthritis of the human knee joint. His work has been published in The Journal of Regenerative Medicine and the American Journal of Sports Medicine. He is currently the principal investigator for 2 FDA Phase III cell therapy trials, one for knee osteoarthritis and one for shoulder rotator cuff tears. He has been an invited keynote speaker and panelist at several international stem cell conferences. He is an internationally known expert in the treatment of sports-related facial injuries. From his work in the research laboratory, Dr. Garza holds a U.S. patent on a protective facemask used by NBA, Hockey, Baseball and collegiate players. He is a medical consultant to the NFL New Orleans Saints and NBA San Antonio Spurs; team physician for The University of Texas at San Antonio; and served as tournament physician for several NCAA Final Four basketball tournaments, USA Boxing and U.S.A. Olympic Trials.

Dr. Garza is widely recognized for his work in the health care field, garnering high honors with AMA’s “Emerging Leaders” award; San Antonio Business Journal’s “Outstanding Physician” award; elected by his peers as President of the Texas Society of Plastic of Plastic Surgeons and the Futrell Society at the University of Pittsburgh. He was invited by the Forbes group to participate in the invitation-only Forbes Healthcare Summit in 2012. In 2011, he was recognized for his business acumen by being honored as “Businessman of the Year” by the Hispanic Chamber of Commerce.

He is a member of the NFL Alumni Association and serves as one of their Senior Medical Advisors. Dr. Garza was inducted into the Tulane Athletic Hall of Fame and the National Hispanic Sports Hall of Fame.

He earned his M.D. (with honors) and D.D.S. degrees from Louisiana State University; Plastic and Reconstructive  Surgery at the University of Pittsburgh; he is board-certified in two surgical specialties and has authored book chapters and dozens of medical journal articles and abstracts.