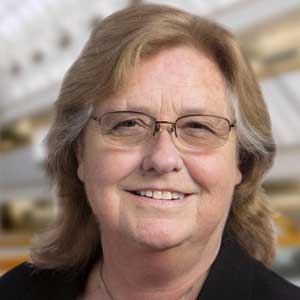 Dr. Loring is a pioneer in human stem cell research, having human embryonic stem cells approved for NIH funding in 2001. She is currently Professor emeritus at the Scripps Research Institute in La Jolla, CA, where she was founding director of the Center for Regenerative Medicine. She serves on scientific advisory boards for academic institutes and companies and is on the bioethics advisory panel for the pharmaceutical company Merck KGaA.  She serves on editorial boards for several journals, including Stem Cells Translational Medicine and Stem Cells and Development. She is a member of honorary societies including Phi Beta Kappa, Sigma Xi, and AIMBE.

Over the 20 years that her team has worked with human hPSCs, they reported the first method for single cell mRNA sequencing and the first whole methylome sequences of undifferentiated and differentiated hPSCs. They were also first to publish mRNA and microRNA expression profiles of hPSCs, recurrent genomic structural variations in hPSCs, and reactivation of imprinted regions and inactive X chromosomes in iPSCs. They developed PluriTest, the bioinformatic assay for pluripotency, and generated the first iPSCs from an endangered species.

Dr. Loring has founded two companies, Arcos Biosciences (1998), which is part of Viacyte, and Aspen Neuroscience (2018), which is focusing on autologous neuron replacement therapy for Parkinson’s disease.  She is also involved in development of cell therapy for multiple sclerosis, and discovering the underlying causes of Fragile X syndrome. She collaborates with the San Diego Zoo to use iPSCs from endangered species to aid in their conservation, and works with the International Space Station to study the effects of microgravity on neuroinflammation.

Dr. Loring is a stem cell advocate who is committed to educating both scientists and the public. She directed intensive courses for more than 400 scientists in human ESC and iPSC biology for the NIH and CIRM and edited the popular stem cell laboratory manual (Human Stem Cell Manual: A Laboratory Guide; Elsevier Press). She educates the public about biological and societal issues, including the ethics of stem cell generation, gene editing, clinical applications, the legal implications of stem cell patents, and the dangers of unregulated stem cell treatments (“stem cell tourism”).