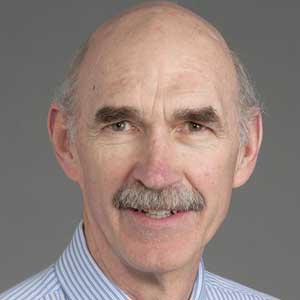 Dr. John D. Jackson is an Associate Professor in the Institute for Regenerative Medicine at Wake Forest School of Medicine, Winston Salem, NC. He received his Ph.D. degree in Medical Sciences (Experimental Hematology) from the University of Nebraska Medical Center, Omaha, NE. He received post-doctoral training at DNAX Research Institute, Palo Alto, CA. At DNAX Research Institute, Dr. Jackson was involved in research directed to the study of the role of cytokines in the regulation of hematopoietic and immune systems.

In 1990, Dr. Jackson joined the Department of Pathology and Microbiology at the University of Nebraska Medical Center, Omaha, NE as an Assistant Professor. He was also appointed Technical Director of the Cell Processing Laboratory at the University of Nebraska Medical Center which provided support for the bone marrow transplantation program. His research focus during this time was directed toward the effects of cytokines and other agents on hematopoietic mobilization for transplantation as well as hematopoietic and immunological recovery following transplantation. In 2010, Dr. Jackson moved to Wake Forest School of Medicine and serves as an Associate Professor in the Institute for Regenerative Medicine. His research interests have broadened to include engineering of tissues and organs including skin, inner ear, muscle, bone, cartilage, kidney, ovary and corporal tissue.