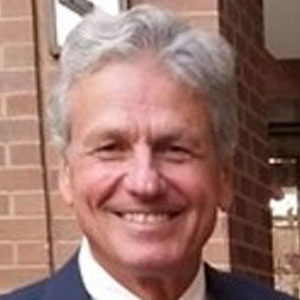 As an academic surgeon, Dr. Vacanti has been active in clinical innovation as well as basic research.  He instituted New England’s first successful pediatric ECMO program in 1984 while at Children’s Hospital Boston. As well, he began the nation’s first liver transplantation program specifically for the pediatric population.  Dr. Vacanti has been working in the field of regenerative medicine and tissue engineering since the mid-1980s.  Over the last 20 years, Dr. Vacanti has studied creating complete vascular networks as part of implantable tissue engineered devices which then allows the fabrication of large, complex living structures such as vital organs, extremities or craniofacial reconstruction. To further the field of tissue engineering and regenerative medicine, Dr. Vacanti was a founding co-president of the Tissue Engineering Society, now named the Tissue Engineering Regenerative Medicine International Society (TERMIS). It currently has 4100 active members from 80 countries worldwide. He also was founding senior editor of the journal “Tissue Engineering.” It currently serves all of the members of TERMIS, 1700 libraries in 20 countries, and is provided free online to 106 developing nations.  It has over 250,000 full text downloads and 500,000 abstract downloads per year with an impact factor of approximately 4.5.  Dr. Vacanti has held academic appointments at Harvard Medical School since 1974.  He has authored over 332 original reports, 70 book chapters, 57 reviews, and over 475 abstracts.  He has 83 patents or patents pending in the United States, Canada, Europe, and Japan.  Awards include the Thomas G. Sheen Award presented by New Jersey Chapter of the American College of Surgeons, recognition from the American Academy of Anti-Aging Medicine for contributions in the area of tissue replacement, the James Bartlett Brown Award from the Society of Plastic and Reconstructive Surgery, and the Clemson Award from the Society for Biomaterials.  In addition, he was elected in 2001 to the Institute of Medicine of the National Academy of Sciences.  In 2007, the Board of Directors of City Trusts acting for the City of Philadelphia awarded Dr. Vacanti the John Scott Medal.  The John Scott Award is given to “the most deserving” men and women whose inventions have contributed in some outstanding way to the “comfort, welfare and happiness” of mankind and has been awarded in memory of Benjamin Franklin since 1822.  Previous recipients include Marie Curie, the Wright Brothers, Thomas Edison and Jonas Salk.  In 2009, Dr. Vacanti’s innovation was included in the book, “1001 Inventions That Changed The World”, by Jack Challoner. Dr. Vacanti is 2009 recipient of the American Surgical Association’s prestigious Flance-Karl Award.  Each year since 1996, the association has presented the prize to a surgeon who has made a seminal contribution in basic laboratory research that has application to clinical surgery.  Dr. Vacanti became a 2011 Thomson Reuters Citation Laureate in the field of physiology or medicine.  Thomson Reuters Citation Laureates are an elite group of highly citied, high impact researchers, who are likely contenders for other awards in the future including The Nobel Prize.  In 2013, the American Academy of Pediatrics Section on Surgery named Dr. Vacanti the recipient of the William E. Ladd Medal. The Ladd Medal is the highest honor awarded by the Surgical Section of the American Academy of Pediatrics and is considered by many to be the most prestigious award in the field of pediatric surgery.  In June of 2015, Dr. Vacanti received The Jacobson Innovation Award from the American College of Surgeons, their most prestigious recognition for surgical innovation.  In 2017, Dr. Vacanti received the Lifetime Achievement Award from TERMIS – Americas Chapter.  In 2018, he was elected to become President of the American Pediatric Surgical Association.