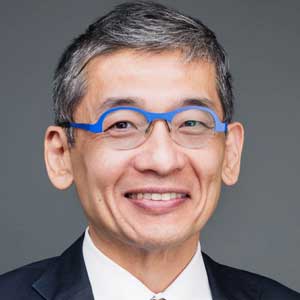 Koji Eto was originally a clinical physician of cardiovascular medicine until he started cell biology research at The Scripps Research Institute in 1999 under the supervision of Dr. Sanford Shattil.  There he developed in vitro methods to differentiate mouse embryonic stem cells (ES cells) into megakaryocytes and platelets.

He then moved to the Institute of Medical Science, The University of Tokyo, in 2003, as an assistant professor, under the supervision of Professor Hiromitsu Nakauchi, where he transitioned his megakaryocyte and platelet research to human cells including cord blood, ES cells and induced pluripotent stem cells (iPS cells). There he contributed to research on bone marrow-derived hematopoiesis from murine hematopoietic stem cells and pluripotent stem cells by optimizing in vitro culture systems, which later led to the realization of 3D pancreas and kidney generation by blastocyst complementation by Dr. Nakauchi.

In 2009, he was appointed head of the Stem Cell Bank at the Center for Regenerative Medicine, The University of Tokyo, where he was responsible for recruiting donors and ethical documentation for disease-specific iPS cell banking in the Tokyo area for basic research including drug screening.

In 2011, he moved to CiRA, where he began research on the clinical translation of iPS cell-derived platelets. This project has produced immortalized megakaryocyte progenitor cell lines (imMKCLs) from iPS cells, a system for the large-scale production of human platelets from these lines, and drug discovery that promotes platelet production. More recently, he has proposed the novel concept that turbulent flow complements shear stress to stimulate megakaryocyte development and platelet biogenesis in vivo and in vitro. He has applied this concept to develop a new bioreactor system that can generate platelets from his imMKCLs at clinical scale. Thus, he has realized the world’s first clinical trial of human iPS cell-derived platelet products for a patient suffering from platelet transfusion refractoriness by alloimmunization.