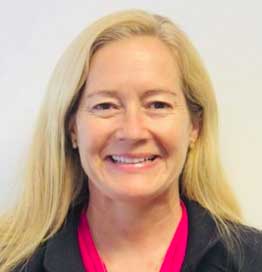 Melissa King is a strategic management, global healthcare, research & technology policy and communications executive. In 2020, she was Head of Field Operations for California’s Proposition 14 campaign, which secured an additional $5.5 Billion in funds for the California Institute for Regenerative Medicine (CIRM), of which Melissa was a founding member.

Melissa continues to serve as Executive Director of Americans for Cures, where, for the three years leading up to November 2020 she led the effort to lay the groundwork for Prop 14 and build the patient advocacy coalition needed to get the state ballot initiative passed. She is a passionate advocate for patients of chronic illness and disease, as well as the medical research that can help reduce their suffering. An expert at engaging multiple stakeholders and communicating effectively with varied audiences, she has been a champion for the California Stem Cell Research program before it formally existed.

Long before her work on Prop 14, Melissa served as a senior member of the successful 2004 campaign for California’s Proposition 71, which created the California Stem Cell Funding program. During the final weeks of the Prop 71 campaign, at the request of the campaign chair, Melissa worked with legal counsel to form a non-profit – Americans for Cures.  The purpose was to provide key support during the organizational period of the new stem cell funding agency and secure vital funds with tax-exempt donations to a 501(c) (3) organization. She hired initial staff for the non-profit and then transitioned several key employees to become the very first pioneers of the new state stem cell funding agency.

Melissa played a central role in founding, building and contributing to the first seven years of operations of the unique $3 billion research funding agency the California Institute for Regenerative Medicine (CIRM) created by Prop 71. During this time, she worked hand-in-hand with CIRM’s Chair and its founding 29-member governing Board responsible for setting the strategic vision for the agency, as well as developing the processes and policies by which CIRM operates. Melissa, through her leadership, guided the Board through its first 1500+ hours of public meetings, the sale of the first bonds to fund the agency, as well as the development and awarding of the first billion dollars in grants, which included the Facilities Grant Program that leveraged $271 million of CIRM’s funds to attract $880 million in other support which directly contributed to $1 billion in scientific research facilities in California.

Having worked on both campaigns to create and obtain funds for CIRM, Melissa is now focused on the vision of the research continuing to succeed, ensuring access and affordability of treatments is fully addressed, and the need for more diversity in science, medical research and clinical trials. She serves as a volunteer for SHE CAN, mentoring a young woman scholar from Libera now attending college in the US, as Finance Chair for Wellesley College Friends of Art and is a member and past Chair of the Wellesley Business Leadership Council.

Melissa has a B.A. from Wellesley College and an MBA from the Stanford Graduate School of Business.