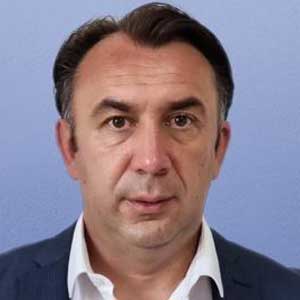 Milan Mishkovikj, Msc. is the founder of Hepar Centar Bitola (Liver Center of Bitola), North Macedonia. He currently serves as the organization’s Vice president and CEO. Milan is a faithful member of the Advisory Board Project; HAREACT (The Joint Action on HIV and Co-infection Prevention and Harm Reduction (HA-REACT) addresses existing gaps in the prevention of HIV and other co-infections, especially tuberculosis (TB) and viral hepatitis, among people who inject drugs (PWID). The three-year project was launched in late 2015 with core funding by the Health Program 2014-2020 from European Union (EU). Milan is also the founder/Vice President of the Alliance of Patients Organizations in N. Macedonia. Milan graciously attains the position as Director of the European Liver Patient Association (ELPA) and works as an Official EU Health Lobbyist in EU parliament.

As a case manager and caregiver, he is integrally involved in the life struggles of an ordinary patient. His worth-noting initiatives involve creating a patient-centric solution to get feedback from real patients and making decisions based on their needs and perspectives. To innovate the healthcare system, he has a strong interest in executing novel strategies that may positively impact, either directly or indirectly, on timely screening, immunization, diagnostics, medical treatments, as well as the social welfare system.

He has great organizational skills, collaborates at an intellectual level with all types of media (PR) and healthcare related campaigns. He possesses excellent communication skills and can integrate well under stressful work environments as a team player and / or as a leader to conduct the work on numerous health projects. His input in improving the healthcare system is highly persistent.
His main goal is to initiate different healthcare concepts in the N. Macedonia, European and world healthcare systems. He believes all initiatives need to have a close collaboration and support from different stakeholders. This includes scientists, policy decision makers, patients, and industrial corporate partners.

His efforts need to be understood and supported by the international organizations (such as WHO, EU Commission). His actions are directed to inclusive and high-quality health recommendations at all levels, and the European dimension of health care for creating and maintaining a cohesive European society. Milan attained a master’s in civil law degree from St. Kliment Ohridski University in Bitola. Milan represents North Macedonia as a voting member to GIANT (Global Immunization Action Network Team) He currently resides in Bitola, Macedonia.