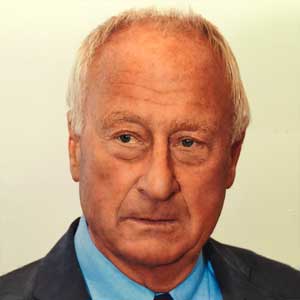 Professor Uwe B. Sleytr is a world-renowned scientist and pioneer in nanobiotechnology. He is Professor Emeritus in the Department of Nanobiotechnology at the University of Natural Resources and Life Sciences (BOKU) in Vienna, Austria. He held a long tenure as the Head of the Center for Ultrastructure Research at BOKU Vienna from 1980 to 2010 and also served as Director of the Vienna-based Ludwig Boltzmann Institute for Molecular Nanotechnology. Professor Sleytr is among the foremost experts on basic and applied surface layer (“S-layer”) technology.  He is a prolific researcher having co-authored more than 420 peer-reviewed scientific articles and has penned five books on S-layers and other research topics. Over the course of his career, Professor Sleytr has accomplished seminal achievements in S-layer research. He identified the way S-layer proteins rearrange and self-assemble on the surface of certain bacterial species, a breakthrough finding that was published in the top-ranked scientific journal Nature. Professor Sleytr also pioneered the first nanobiotechnological application of S-layer proteins, for the production of ultrafiltration membranes, and demonstrated that S-layer technology could be used as a combined carrier and adjuvant for certain types of vaccines.

Professor Sleytr is a full member of the Austrian Academy of Sciences since 1994 and has been an active member of the European Academy of Sciences and Arts since 2008. He is also a Fellow of the American Institute for Medical and Biological Engineering.  Professor Sletyr has received numerous international honors and awards throughout his career, including the prestigious EUREKA Award for Inventors, the Wilhem Exner Medal, the Innitzer Award for Natural Sciences, and the Schwackhöfer Award of the Austrian Society for Food and Biotechnology.