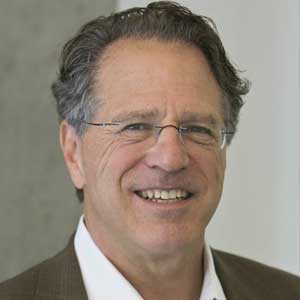 Internationally, starting in 2007, he was appointed to the Board of Genome Canada, a Canadian government genomic and proteomic research agency with $1.8 billion in a medical research portfolio. He also served as Co-Chair of the Stem Cell and Regenerative Medicine Working Group of the Canada-California Strategic Innovation Partnership, the group that initiated the Cancer Stem Cell Consortium in Canada. In 2012, Bob was appointed to the Board of the Ontario Institute for Cancer Research (OICR) that then created FACIT (Fight Against Cancer Innovation Trust), that generated 12 startups in its initial three years. Bob was a founding member of Stand Up to Cancer Canada.

Bob has received numerous awards for his public service, including, 1) Time Magazine honored Bob as “one of the World’s 100 Most Influential People of the Year” for 2005; 2) Scientific American named Bob one of “The Scientific American 50” as a leader shaping the future of science in November 2005; 3) Research!America honored Bob with the Gordon & Llura Gund Leadership Award in March 2010 for his work in patient advocacy; 4) The Biotechnology Industry Organization (BIO) awarded Bob their “Biotech Humanitarian Award” at their International Conference in 2010 for his work in authoring the “California Stem Cell Research and Cures” Initiative (Prop 71 from 2004) and Chairing the Governing Board of CIRM; and, 5) The International Society for Stem Cell Research (ISSCR) awarded Bob with their inaugural “ISSCR Public Service Award” in 2011 for his outstanding contribution of public service to the field of stem cell and regenerative medicine. Bob received Proclamations from the California State Legislature in 2004 and 2009 honoring his contributions to medical science and affordable housing.

Bob served for six years as a Board Member of the California Housing Finance Agency (CHFA). During his tenure, the CHFA had approximately $8 billion outstanding in affordable housing loans, an S&P Bond rating of AA, and a history of receiving national awards in almost every category of affordable housing during his Board tenure. This public corporation of the State of California was created by legislation in 1976, which Bob conceptualized, proposed and managed as the Principal Consultant to the California State Assembly and the State Senate Joint Committee on Housing and Urban Renewal. Klein Financial Corporation has never applied or received any financing from the California Housing Finance Agency.

Bob is an inactive member of both the California Bar Association and the American Bar Association, in good standing. He has a Bachelor of Arts in History with Honors from Stanford University and a Juris Doctorate from Stanford Law School. He retired from the United States Air Force after attaining the rank of Captain. Bob lives in Northern California with his wife and children.