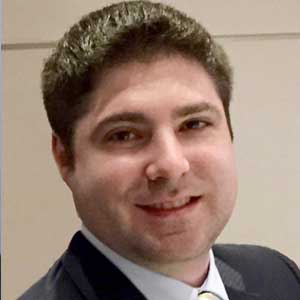 Rob studied political science at the University of Southern California and the University of California San Diego, where he earned magna cum laude honors. He began his political career working on a successful congressional campaign in San Diego (Scott Peters – CA52). Eventually he served in the office of Senator Ron Wyden (OR) in Washington D.C. as an intern, and then led the intern program. He ended up crafting policy briefing and analysis with suggested position additions or modifications for lead legislative staffers on a wide range of policy issues, some of which were adopted. Rob ended up doing work for the health policy team on the Senate Finance Committee before returning to California in 2016.

For his day job, Rob is the Director of Governmental Affairs and an Asset Manager for Klein Financial Corporation, a mixed-income multifamily housing development and asset management company that provides better living experiences and increased opportunities for middle and lower-income families, while also producing high quality market rate apartment homes in large scale residential and mixed use properties.

In a philanthropic capacity, Rob is the Director of Public Policy and Governmental Affairs for Americans for Cures, a 501c3 that seeks to better inform the public, policy crafters, and elected leaders about the progress and value of stem cell research, as well as advocate for increased research funding and other policies intended to empower researchers in the field.

During the 2020 election cycle, Rob served as Deputy Campaign Manager and was as a member of the Senior Staff Executive Committee for the “Californians for Stem Cell Research, Treatments and Cures Initiative of 2020” campaign. This California initiative campaign successfully passed CA Prop 14, authorizing $5.5 billion in state bond sales to continue the California Institute for Regenerative Medicine funding of stem cell and genetic research and clinical trials, centered on developing better treatments and cures for chronic diseases and illnesses.

This initiative was placed on the November 2020 ballot by 925,000 California voter signatures, and ended up with 8,588,618 Californians’ support, resulting in about a 2% margin of victory. This was an extraordinary challenge due to the human and economic impacts of the pandemic, and yet, because of the work of countless patient advocates and the vision of CA voters, it was the largest statewide bond initiative passed nationally in 2020.