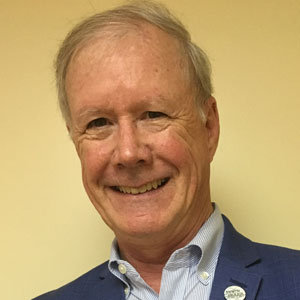 Russ Read has worked in the bioscience industry for over thirty – five years. He was formerly an executive with the Burroughs Wellcome and Glaxo Wellcome companies, heavily involved with the commercial development of antivirals for HIV illness like AZT and 3TC and was CEO of the Kucera Pharmaceutical Company- a bio-pharmaceutical company. He has led a national biotechnology workforce effort for sixteen years called the National Center for the Biotechnology Workforce (NCBW), based in Winston-Salem is a part of North Carolina’s Community College System and Forsyth Technical Community College which focuses on achieving best practices for bioscience workforce training. Forsyth Tech, won a $15 million US DOL Trade Adjustment Assistance grant looking at building biosciences workforce skill standards and credentials. Russ was the consortium’s Project Director from start to finish in October 2016. He was the Principal Investigator for the NSF ATE Project grant named the Biosciences Industry Fellowship Program and is the Principal Investigator for another NSF ATE Project grant called Biomedical Emerging Technology Applications or BETA Skills, at the interface between biomedical devices and tissue engineering, and most recently became a CO-PI of InnovATEBIO, an NSF ATE Biotech Education Center based out of Austin. He currently serves as a Past-Chair of the Advisory Committee for the NC Biotech Center’s Piedmont Triad regional office and is a Director of NCBIO. He also served on the National Visitor’s Committee of Bio-Link and AC2 Bio-Link Regional Center, Austin TX, an advisor to the NSF ATE NBC2 Bio-manufacturing program and a member of the workforce committee for the National Institute for Innovation in Manufacturing Biopharmaceuticals or NIIMBL. Russ has been twice recognized for his work by the North Carolina Biotechnology Center’s TRIAD BIONIGHT for community support and service and for academic excellence.