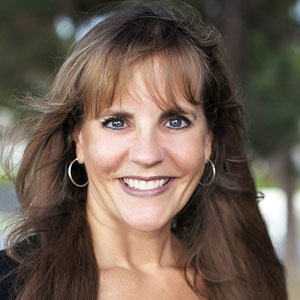 Sandy Barker is the President and Co-Founder of Gold Rush Cure Foundation, which is a 501c3 non-profit organization founded in 2009 that supports children with cancer through their ‘Pot of Gold’ custom gifting  program while advocating for a cure on a legislative level.  Sandy initially studied nursing, but ended up choosing Dental Hygiene for her career.  Sandy and her husband Gary live in Laguna Niguel, California and have three children: Garrett (25), Kendall (22), and Christian (forever 14-1/2). She and Gary started Gold Rush Cure Foundation two years after their oldest child Christian died from a rare form of leukemia on December 29, 2007, at the age of 14-1/2.  Gold Rush Cure Foundation is in 100 Children’s Hospitals nationwide and they have delivered over 700 Pots of Gold. Sandy was asked to go to Washington, DC, and advocate for the childhood cancer cause just 3 months after Christian died.  She has now made almost 30 trips to DC since Christian passed 13 years ago, and is honored to be a voice for children with cancer. She has distinguished herself as a key spokesperson and advocate supporting an accelerated regulatory pathway for regenerative cellular therapies. Sandy sees the vital need for improvement in this area as she mentors numerous families affected by childhood cancer  In her free time, Sandy loves going to baseball games, working out, traveling, and doing fun activities with her family.