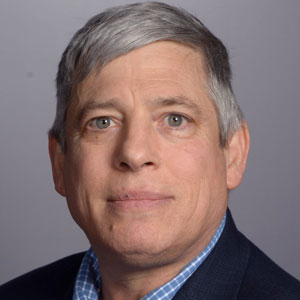 William (Bill) Martin Remak, Founded the Global Immunization Action Network Team (GIANT) and now serves as its senior advisor. He is a Medical Technologist and former faculty member of the University of California, San Francisco. Armed with a Bachelor of Science in Public Health Administration from San Francisco State University and a Master of Science in Clinical Science, Remak became a volunteer for the American Liver Foundation (ALF) and after a year joined the Board of Directors at the Northern California Chapter from 1994 through 2002. In close collaboration with the ALF Board and the Medical Advisory Board on advocacy, Remak worked on educational outreach campaigns and facilitated support groups for liver disease for many years.

Remak is the founder and CEO of the California Hepatitis C Task Force, current Chairman of the International Association of Hepatitis Task Forces, Emeritus founding board member of the California Chronic Care Coalition (CCCC) in Sacramento. He is Executive Director of the National Working Group on Evidence Based Healthcare in Alexandria, Virginia and serves on the community advisory board to the VA National Hepatitis C Program. Remak sits on the Board of Directors and the community advisory committee of Partnership Health Plan of California, a managed care plan for Medicaid subscribers serving 14 Northern California Counties. He is also a founding senior executive board member and advocacy director of the FAIR Foundation, a national research advocacy and educational organization seeking reforms in our nation’s organ transplant policies.

Remak is a core advocate for the political action (Americans For Cures Foundation) that led to the creation of the California Institute of Regenerative Medicine (CIRM) and sat on the task force that developed its operational strategy. Remak has been an active driver of this research with the Americans for Cures Foundation and is one of its outspoken designated ambassadors. For several years Bill has been a preceptor for Master of Public Health and PhD students doing their internships at the University of San Francisco, School of Nursing and Health Professions.

Remak is a cancer survivor, twice received a liver transplant and a diabetic. He is an active member of the United States Coast Guard Auxiliary, now in his 37th year. He is the recipient of the American Liver Foundation- Excellence in Community Outreach and Education Award 2001 and the 2013 and 2016 National Health Pioneer Award for Hepatitis Advocacy from the Georgia Doty HIV and Hepatitis Outreach Foundation, Chicago, IL. As a respected author of articles on patient advocacy issues and healthcare innovation, Remak is also sought-after international speaker. He has served on review panels for the Institute for Clinical and Economic Review, Guidelines Working Groups for the American Society of Clinical Oncology and is a member of the Society for Gastroenterology Nurses and Associates, and Association of Health Care Journalists. Remak is a native of San Anselmo, Marin County, California, father of four, a grandparent, currently resides in Petaluma, minutes away from the beautiful wine district in Sonoma County, California.