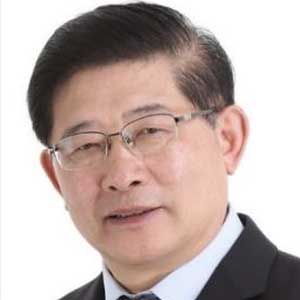 Dr. Kang is Professor and Chief Scientist of the Tennessee Institute for Regenerative Medicine (TennIRM), Memphis, Tennessee, and Professor and Director of the Regenerative Medicine Research Center at Sichuan University West China Medical College. He also is the President and CEO of Sichuan 3D Bio-printing Research and Technology Institute; the Director of Sichuan Regenerative Medicine Research and Technology Center; the Editor-in-Chief of the journals Cardiovascular Toxicology and Regenerative Medicine Research; and the Editor of the book series of Methods in Pharmacology and Toxicology. Dr. Kang received his Ph.D. in Toxicology and Zoology at Iowa State University in 1989 and completed postdoctoral training in Biochemistry and Molecular Biology at Cornell University Medical Center in 1990. He was Assistant Professor of Pharmacology and Toxicology, University of North Dakota School of Medicine (1991-1996); Associate Professor of Medicine, Pharmacology and Toxicology and University Scholar, University of Louisville School of Medicine (1996-2001); Professor and Distinguished University Scholar (2001-2017). He served several NIH study sections from 1997 to 2006, and other federal agencies including USDA, US-EPA and US-Veterans Administrations from 1996 to 2005. He was elected to Fellow of the Academy of Toxicological Sciences in 2001.Dr. Kang’s research interests are in regenerative medicine, focusing on 3D bio-printing and cardiovascular regeneration, as well as mineral manipulation of cardiovascular disease, liver fibrosis and cirrhosis, and non-human primate models of human diseases. He is also an entrepreneur, and involved in several business operations, including the Founder and President of Innolife Co, Founder and Past-CEO of Revotek, and Chief Scientist of Tesly Co. His business is involved in commercialization of regenerative medicine technologies.