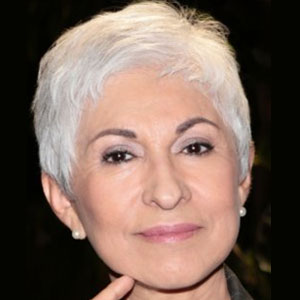 Ysabel Duron is a pioneering, award-winning Latina journalist, and a leading figure in cancer education in the Latino community in the US.

Ms. Duron was a journalist and TV news anchor for more than 43 years winning numerous awards, including two EMMYS. She has been inducted into the Hall of Fame of the National Association of Hispanic Journalists and given the Living Legacy Award by the Chicana/Latina Foundation. In 2019 she received a Lifetime Achievement Award from the International Women’s Media Foundation, which she helped found 30 years earlier to help put women’s voice front and center in covering the news.

As a journalist she covered her own battle against Hodgkin’s Lymphoma, using her reporting to help raise awareness about the disease and the health disparities involved in treating it in communities of color.

In 2003, as a result of her own experience, she founded Latinas Contra Cancer, a non-profit organization that advocates for and serves the Latino community. She drove development of programs to address gaps across the cancer continuum from community education and navigation into screening to psychosocial support groups, treatment and survivorship.

Her early mantra when she launched Latinas Contra Cancer was talking about cancer won’t kill us, the silence will.

She successfully piloted a lay community navigator program in the public health care system’s Sobrato Cancer Center in San Jose, California, dedicated to providing support and guidance for low income, Spanish-speaking patients. In 2008, she launched the biennial National Latino Cancer Summit bringing community together with researchers to network, learn from each other and find ways to collaborate. In 2016 the Summit spotlighted Precision Medicine – concerned the cutting-edge science would exacerbate disparities if underserved communities could not access it.

In 2017 she was appointed, by NIH Director Francis Collins, to the Institutional Review Board (IRB) for the All of Us Research Program, formerly known as President Obama’s Precision Medicine Initiative.The role of the IRB is to protect the rights, welfare and privacy of research participants. As a patient advocate, Ms. Duron also works to ensure that research is inclusive of racial/ethnic minorities, and is sensitive to historic, cultural and language barriers, and bias, that hinder their successful engagement.

She is now the President of The Latino Cancer Institute (TLCI), a national network of Latino cancer service agencies addressing the community’s cancer disparities.